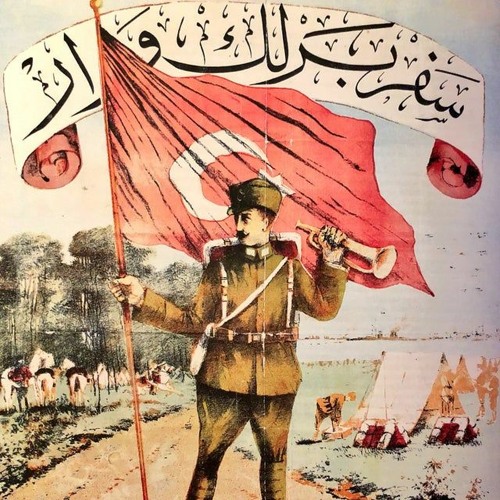 Fighting Under the Same Banner

E451 | What did it mean to individuals from different ethnic and religious backgrounds to participate in World War I under the same banner? What do personal narratives tell us about the World War I? Accounts of soldiers, officers, and women as well as non-textual sources such as medals and postcards provide novel perspectives into thinking about the experience of the Great War. This episode brings together interviews conducted at Boğaziçi University during the Fighting Under the Same Banner: Memories from the Ottoman Theater of the Great War Conference in September 2019. Yaşar Tolga Cora is currently an Assistant Professor in the Department of History at Boğaziçi University. His research is on the social and economic history of the late Ottoman Empire, with a particular focus on Armenian communities in Anatolia, and life narratives of Ottoman Armenians. Edhem Eldem is a professor in the Department of History at Boğaziçi University, Istanbul and holds the International Chair of Turkish and Ottoman History at Collège de France since 2017. He has published extensively on the economic, intellectual and cultural history of the Ottoman Empire and Turkey. Nicole van Os works at Leiden University as a student advisor and programme coordinator and is an affiliated researcher of the Leiden Institute of Area Studies. She has been working on Ottoman women’s history since the late 1980s. Johann Strauss taught at the universities of Munich, Birmingham, Freiburg and Strasbourg University. He has published numerous articles in English, French, and German on a variety of topics, in particular translations from Western languages, history of printing and publishing, and linguistic and cultural contacts between the various communities of the Ottoman Empire. CREDITS Episode No. 451 Release Date: 22 February 2020 Recording Location: Orient-Institut, Istanbul Audio editing by Işın Taylan Music: Silicon Transmitter - Electric Storm; Aitua - IV Volcano; A.A. Aalto - Traverse; Harmandali - Recep Efendi, Cemal Efendi; Scanglobe - Beanbag Fight Images and bibliography available at https://www.ottomanhistorypodcast.com/2020/02/world-war-i-ottoman-empire.html. . .