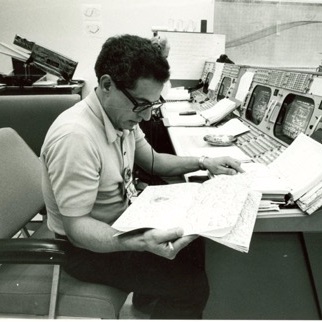 E431 | When Sultan bin Salman left Earth on the shuttle Discovery in 1985, he became the first Arab, first Muslim, and first member of a royal family in space. Twenty-five years later, the discovery of a planet 500 light years away by the Qatar Exoplanet Survey – subsequently named ‘Qatar-1b’ – was evidence of the cutting-edge space science projects taking place across the Middle East. Discussing his recent book, Space Science and the Arab World, Jörg Matthias Determann shows that the conquest of space became associated with national prestige, security, economic growth, and the idea of an ‘Arab renaissance’ more generally. Equally important to this success were international collaborations: to benefit from American and Soviet expertise and technology, Arab scientists and officials had to commit to global governance of space and the common interests of humanity. More at http://www.ottomanhistorypodcast.com/2019/10/arabconquestofspace.html Jörg Matthias Determann is Associate Professor of History at Virginia Commonwealth University in Qatar. He also serves as Associate Editor for the Arabian Peninsula of the Review of Middle East Studies (Cambridge University Press). He is the author of Space Science and the Arab World: Astronauts, Observatories and Nationalism in the Middle East (London: I.B.Tauris, 2018). Taylan Güngör is a doctoral candidate at SOAS in London. His interests are in Medieval and Pre-Modern Eastern Mediterranean trading circles and his research is on trade in Istanbul after 1453. Taylan records and edits podcasts in London at the SOAS Radio studio. CREDITS Episode No. 431 Release Date: 25 October 2019 Recording Location: SOAS Radio, London, UK Audio editing by Taylan Gūngör Music: Rampi Rampi by Turku, Nomads of the Silk Road Images and bibliography courtesy of Jörg Matthias Determann available at http://www.ottomanhistorypodcast.com/2019/10/arabconquestofspace.html. . .