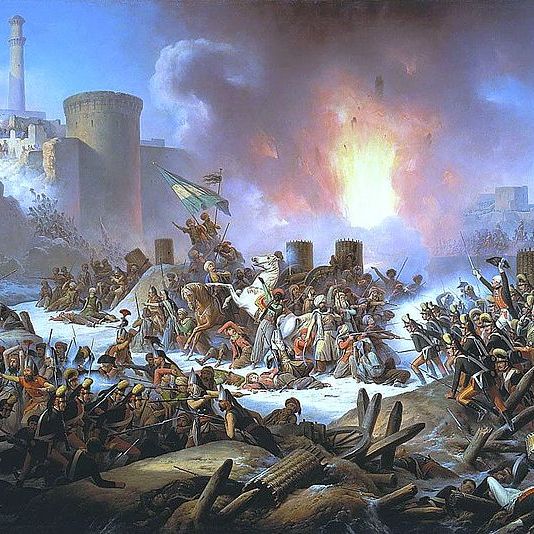 Captivity and Ransom in Ottoman Law | Will Smiley

E 420 | How did an Irish-born Russian nobleman serving in the Russian army end up an Ottoman slave and valet to an Ottoman-Albanian officer? And what possibilities existed for his eventual release? In this episode, Will Smiley traces the history of Ottoman laws of captivity and ransom in the eighteenth and nineteenth centuries, showing how older practices of enslavement and ransom transformed into a new legal category of "prisoner of war" and shedding light on a path to modern international law that lies outside of Europe. See more at: https://www.ottomanhistorypodcast.com/2019/07/captivityandransom.html Will Smiley is is an Assistant Professor of Humanities at the University of New Hampshire. He received his PhD from the University of Cambridge and his JD from Yale Law School. His book, From Slaves to Prisoners of War: The Ottoman Empire, Russia, and International Law, came out with Oxford University Press in 2018. Zoe Griffith is an Assistant Professor of History specializing in the Middle East and Islamic world at Baruch College. Her current research revisits the arrival of capitalism in the Middle East through the history of Egypt's pre-colonial port cities at the turn of the 19th century. CREDITS Episode No. 419 Release Date: 31 July 2019 Recording Location: New York City Audio editing by Chris Gratien Music: Sombra by Zé Trigueiros Images and bibliography courtesy of Will Smiley Available at https://www.ottomanhistorypodcast.com/2019/07/captivityandransom.html. . .