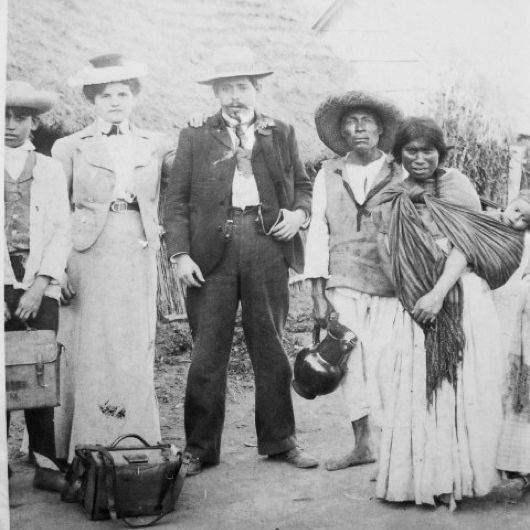 E417 | After their expulsion from the Iberian peninsula during the 15th century, Jewish communities settled throughout the Mediterranean, with many finding new homes in the cities of the ascendant Ottoman Empire. Centuries later, Ottoman Jews descended from this early modern diaspora still spoke a language related to Spanish, often referred to as Ladino. During the late 19th century, a new wave of migration out of the Eastern Mediterranean began, giving rise to a modern Sephardi diaspora of migrants from modern-day Turkey, Greece, Bulgaria, and other parts of the former Ottoman world. As our guest Devi Mays explains in this interview, the Iberian heritage and language of these migrants played a distinct role in their global migration experience, as many ended up settling in countries like Mexico, Cuba, and Argentina. In this episode, we explore the history of the modern Sephardi diaspora and its relationship to the history of Mexico. In some cases, Ladino-speaking Jews from the former Ottoman Empire appeared as welcome immigrants in Mexico even when Jews from other parts of the world faced discrimination and increased immigration restriction during the 20th century. In other cases, Iberian heritage meant that Jews looking to settle in the United States could pass as Mexican or Cuban nationals when seeking to cross the border. Through the individual experiences and lives that comprise the modern Sephardi diaspora, we highlight the unique experiences of migrants mediated by gender and class, and we appreciate the strategies such people developed to navigate an increasingly anti-immigrant world. For more, visit https://www.ottomanhistorypodcast.com/2019/07/mexico-sephardi-diaspora.html Devi Mays is Assistant Professor of Judaic Studies at the University of Michigan, Ann Arbor and Fellow at the Frankel Institute for Advanced Judaic Studies. After receiving her Ph.D. in Jewish History from Indiana University in 2013, she was awarded a Postdoctoral Fellowship in Modern Jewish Studies at the Jewish Theological Seminary. She has published in Mashriq and Mahjar: Journal of Middle East Migration Studies, and has translated for Sephardi Lives: A Documentary History, Julia Phillips Cohen and Sarah Abrevaya Stein, ed. (Stanford UP, 2014). Her work has appeared in several edited collections, including World War I and the Jews (Berghahn Books, 2017), and Jews and the Mediterranean (Indiana University Press, forthcoming). She is currently revising a book manuscript, tentatively entitled Forging Ties, Forging Passports: Migration and the Modern Sephardi Diaspora. Chris Gratien is Assistant Professor of History at University of Virginia, where he teaches classes on global environmental history and the Middle East. He is currently preparing a monograph about the environmental history of the Cilicia region of the former Ottoman Empire from the 1850s until the 1950s. CREDITS Episode No. 417 Release Date: 4 July 2019 Recording Location: San Antonio, Texas Audio editing by Chris Gratien Music: Zé Trigueiros Bibliography and images courtesy of Devi Mays available at https://www.ottomanhistorypodcast.com/2019/07/mexico-sephardi-diaspora.html. . .