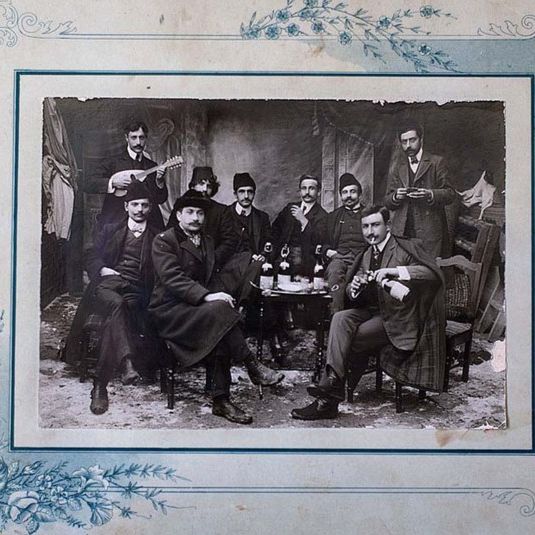 E204 | In the decades following the Armenian genocide, communities of the diaspora began to document the life of Ottoman Armenians in the towns and villages of Anatolia and publish their material in memory books aimed at preserving and transmitting Armenian histories for posterity. Largely composed in Armenian and languages of the diaspora, these books have circulated in small circles for decades as tiny fragments of a treasured but fading past. In recent years, digital technologies have created a new venue for piecing back together these fragments and sharing the history of Ottoman Armenians in a public forum. In this episode, we speak to historian Vahé Tachjian about the houshamadyan project, which since 2011 has served as a virtual space for the reconstruction and exploration of Ottoman Armenian life. More at: http://www.ottomanhistorypodcast.com/2015/10/reconstructing-ottoman-armenian-life.html Vahé Tachjian earned his Ph.D. in History and Civilization at the Ecole des Hautes Etudes en Sciences Sociales (EHESS) in Paris. He has published widely on the history of the French Mandates in the Middle East and Armenians in the 19th and 20th centuries. He is also project director of houshamadyan, a project to reconstruct Ottoman Armenian town and village life. Visit http://www.houshamadyan.org/ Episode No. 204 Release Date: 17 October 2015 Location: Institute for Advanced Study, Princeton, NJ Editing and production by Chris Gratien Special thanks to Nora Lessersohn for Hovannes Cherishian's recording of "Kun yeghir balas" Additional music from Maro Nalbandian. . .