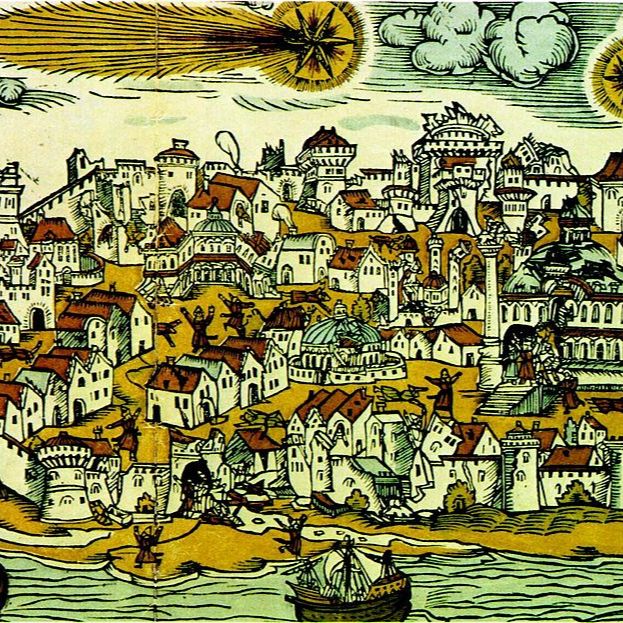 E226 | Events such as earthquakes, floods, and epidemics provide vivid illustrations of the natural world's impact on human society, but the outcomes of natural disasters also offer a window onto aspects of social and political life in past societies. In this episode, Yaron Ayalon discusses his research on natural disasters in the Ottoman Empire and what such events tell us about Ottoman state and society during the early modern period. More at: http://www.ottomanhistorypodcast.com/2016/02/natural-disasters-ottoman-empire.html Yaron Ayalon is Assistant Professor of History at Ball State University. He is a social and environmental historian of the Ottoman Empire, the early modern Middle East, and Sephardic Jewry. Ayalon has published numerous articles on Ottoman and Jewish history. He received his BA in education and Middle East history from Tel Aviv University in 2002, and his Ph.D. in Near Eastern Studies from Princeton in 2009. For Natural Disasters in the Ottoman Empire: Plague, Famine, and Other Misfortunes, see http://www.cambridge.org/bm/academic/subjects/history/middle-east-history/natural-disasters-ottoman-empire-plague-famine-and-other-misfortunes?format=HB Chris Gratien holds a Ph.D. from Georgetown University's Department of History. His research focuses on the social and environmental history of the Ottoman Empire and the modern Middle East. He is currently preparing a monograph about the environmental history of the Cilicia region from the 1850s until the 1950s. CREDITS Episode No. 226 Release Date: 25 February 2016 Recording Location: Middle East Studies Association 2016 Meeting in Denver, CO Editing and production by Chris Gratien Sound excerpts: Istanbul'dan Ayva Gelir Nar Gelir - Azize Tozem and Sari Recep; Harmandali - Recep Efendi, Cemal Efendi Image "1556 Istanbul Earthquake by Herman Gall" via Wikipedia Bibliography courtesy of Yaron Ayalon. . .