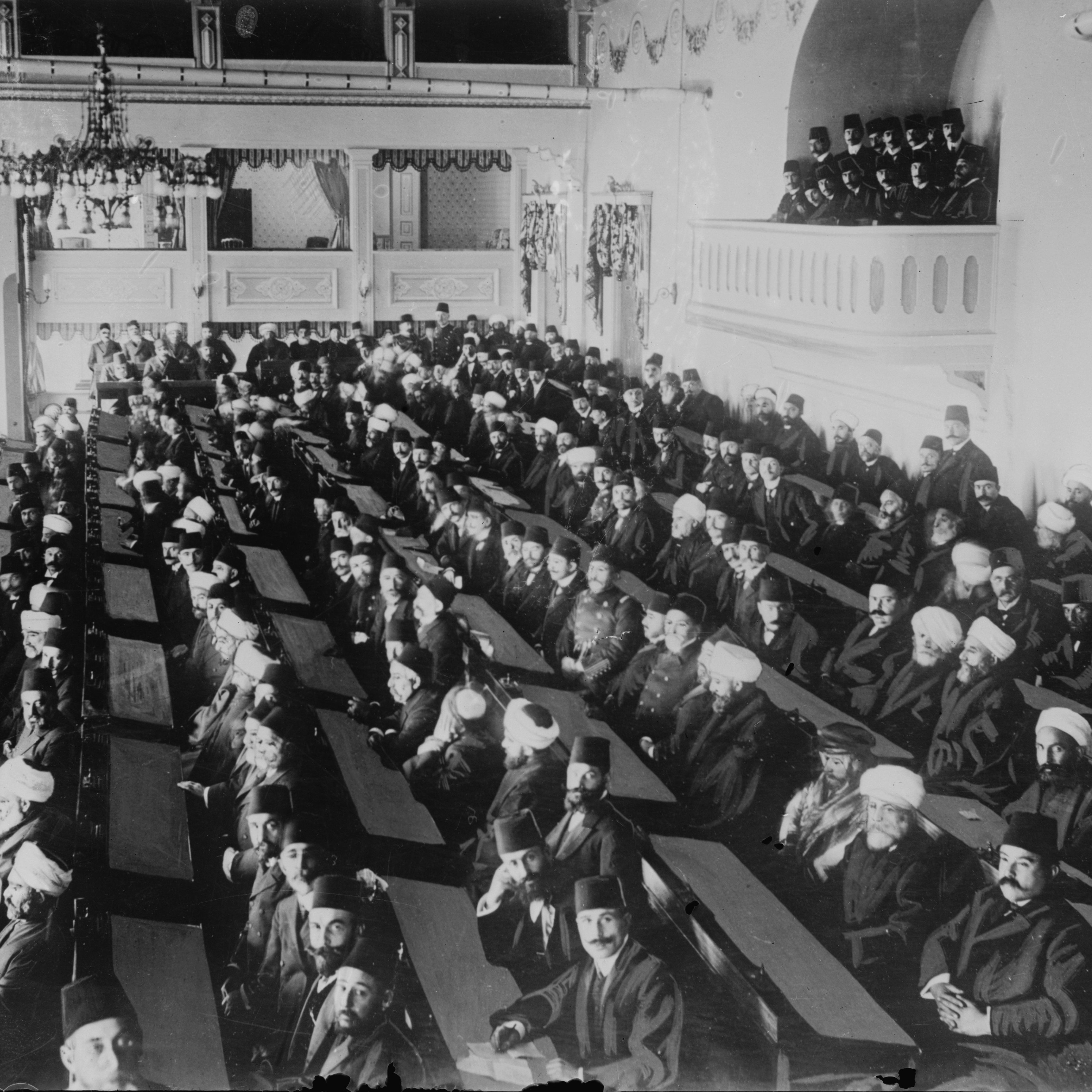 E228 | The conventional story of the 1908 Revolution in the Ottoman Empire is that of the Young Turks and a multi-confessional alliance of political parties usurping the authoritarian rule of Sultan Abdul Hamid II. The learned class of Muslim notables, the ulema, are usually portrayed as apprehensive bystanders threatened with marginalization by the restoration of the Ottoman constitution. But as our guest Yakoob Ahmed explains, ulema engagement with the revolution and the parliamentary elections that followed was robust. In this episode, we explore that engagement through a discussion of the writings and activities of the Ottoman ulema during the transformative period of 1908-1912. http://www.ottomanhistorypodcast.com/2016/03/ulema-1908-revolution.html Yakoob Ahmed is a final year Ph.D. student at SOAS. His thesis, in which he is writing and revising narratives of the ulema’s role in the late Ottoman Empire, is titled the ‘The Role of the Ottoman Sunni Ulema in the Parliamentary Elections of 1908–1912’. Yakoob has previously been a research fellow at Istanbul Şehir University in Istanbul and has a interest in nineteenth and twentieth century Islamic intellectual thought. Taylan Güngör is a doctoral candidate at SOAS in London. His interests are in Medieval and Pre-Modern Eastern Mediterranean trading circles and his research is on trade in Istanbul after 1453. CREDITS Episode No. 228 Release Date: 4 March 2016 Recording Location: School of Oriental and African Studies (SOAS) Audio Editing by Taylan Güngör Recorded at SOAS Radio studios. SOAS Radio is an outlet for creative media and talent housed by the School of Oriental and African Studies (SOAS), University of London. Run by alumni, current students and staff at the School, including volunteers from like-minded communities, SOAS Radio is dedicated to varied and original programming on world music, culture and current affairs. Special thanks to Kara Güneş for allowing us to use the composition "Istanbul" in the intro and outro music Image "Member of Turkish Parliament in chamber" via Library of Congress. . .