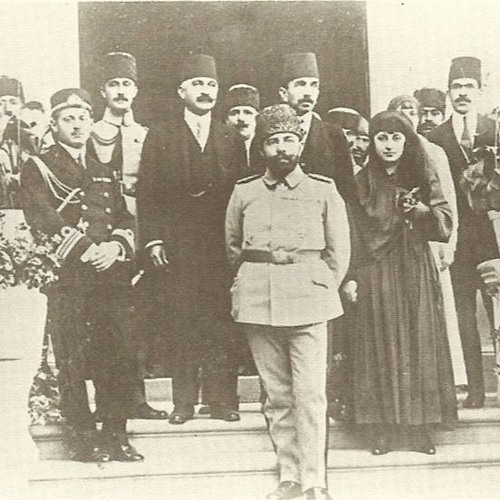 E241 | During World War I, the Lazarist college at Antoura, in the mountains of Mt. Lebanon north of Beirut, was taken over by Cemal Pasha to be used as an orphanage for Armenian and Kurdish orphans. Turkish feminist Halide Edip recounts in her memoirs that the time she spent as director of the orphanage during the war was among the happiest periods of her life. In this episode, Professor Selim Deringil discusses his new project, a film about the Antoura orphanage and its orphans during the war, painting a very different picture from that which emerges from Edip's memoirs. The film, entitled "After This Day," is produced and directed by Nigol Bezjian. View a trailer here: https://www.youtube.com/watch?v=PS_qoAHeRrI Selim Deringil is Professor of History in the Humanities Department at the Lebanese American University in Beirut, Lebanon. He is the author of numerous books and articles on Ottoman History, including The Well Protected Domains (1998) and Conversion and Apostasy in the Late Ottoman Empire (2012). Susanna Ferguson is a Ph.D. Candidate in Middle Eastern History at Columbia University. She is currently working on a dissertation entitled "Tracing Tarbiya: Women, Gender and Childrearing in Egypt and Lebanon, 1865-1939." Matthew Ghazarian is a Ph.D. student in Columbia University's Department of Middle Eastern, South Asian, African Studies. His research focuses on the intersections of sectarianism, humanitarianism, and political economy in central and eastern Anatolia between 1856 and 1893. CREDITS Episode No. 241 Release Date: 21 April 2016 Recording Location: Beirut Editing and production by Chris Gratien Sound excerpts: Turnalar Turnalar - Darulelhan Heyeti; Murat Kenarinda - Agyazar Efendi; Bozlak and Halay - Yozgatli Hafiz Suleyman Bey More at http://www.ottomanhistorypodcast.com/2016/04/antoura.html. . .