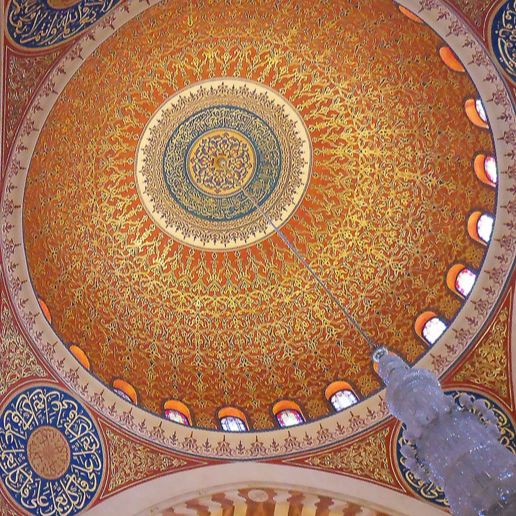 E244 | As spaces fundamental to Muslim religious and communal life, mosques have historically served as sites of not just architectural but also ideological construction. As our guest Kishwar Rizvi argues in her latest book entitled The Transnational Mosque (UNC Press 2015), states operating in transnational contexts have taken a leading role in the building of mosques and in doing so, they forge political, economic, and architectural networks that span the globe. In this episode, we discuss the architectural exports of the four states covered in Prof. Rizvi's monograph: Saudi Arabia, Turkey, Iran, and the United Arab Emirates. In addition to situating and comparing transnational mosques of different states, we give special attention to the rise of Neo-Ottoman architecture in modern Turkey and its role in re-branding Turkey's image on the global stage. This episode is part of an ongoing series entitled "The Visual Past." http://www.ottomanhistorypodcast.com/2016/07/mosque.html Kishwar Rizvi is Associate Professor of Islamic Art and Architecture at Yale University. She writes on issues of religion, politics, and self-representation in the early modern period, as well as on the intersection of nationalism and architecture in the modern Middle East Chris Gratien holds a Ph.D. from Georgetown University's Department of History. His research focuses on the social and environmental history of the Ottoman Empire and the modern Middle East. He is currently preparing a monograph about the environmental history of the Cilicia region from the 1850s until the 1950s. CREDITS Episode No. 244 Release Date: 2 July 2016 Recording Location: Yale University Editing and production by Chris Gratien Sound excerpts: Baglamamin Dugumu - Necmiye Ararat and Muzaffer; Egil Daglar Ustunden Asam - Viktoriya Hanim; Harmandali - Recep Efendi, Cemal Efendi Special thanks to Kara Güneş for allowing us to use the composition "Istanbul" in the intro music and to Muhtelif for the use of "Ta Paidia & Lamma Bada" Images and bibliography courtesy of Kishwar Rizvi Additional photographs courtesy of Leili Vatani Images and bibliography at http://www.ottomanhistorypodcast.com/2016/07/mosque.html. . .