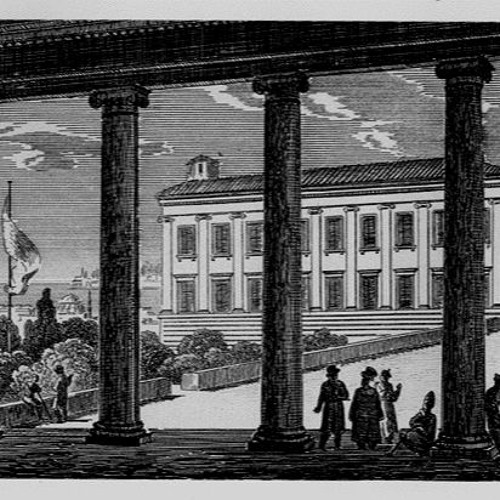 E245 | In the classical Ottoman period, European embassies in Istanbul pretty much looked like any other residential building. At the end of the eighteenth century, however, a period of dramatic geo-political and social change, official foreign residences likewise underwent a process of transformation. Architectural designs shifted from Ottoman to Western styles, and these landmarks became increasingly prominent and visible in the urban landscape. In this episode, Emily Neumeier speaks with Paolo Girardelli about how Pera became the “district of diplomacy” in the Ottoman capital, the subject of his forthcoming book project, Landscapes of the Eastern Question: Architecture and Identity in Galata, Pera, and the Bosphorus, 1774-1919. This episode is part of an ongoing series entitled "The Visual Past." http://www.ottomanhistorypodcast.com/2016/07/pera.html Paolo Girardelli is Associate Professor of History at Boğaziçi University in Istanbul. He is an art and architectural historian, working especially on European and non-Muslim presence in the late Ottoman cities. His publications and graduate seminars focus on the relation between space, visuality, diplomacy, religion and communal identities in the multi-cultural contexts of the Eastern Mediterranean. Emily Neumeier is a doctoral candidate in the Department of Art History at University of Pennsylvania. Her research concerns the art and architecture of the Ottoman Empire and Turkish Republic. She is currently preparing a thesis on the architectural patronage of provincial notables in Ottoman Greece and Albania. Emily is also editor of stambouline, a site where travel and the Ottoman world meet. CREDITS Episode No. 245 Release Date: 5 July 2016 Recording Location: Kunsthistorisches Institut, Florence Editing and production by Chris Gratien Sound excerpts: Baglamamin Dugumu - Necmiye Ararat and Muzaffer; Istanbul'dan Ayva Gelir Nar Gelir - Azize Tozem and Sari Recep; Harmandali - Recep Efendi, Cemal Efendi; Katibim (Uskudar'a Gider iken) - Safiye Ayla Special thanks to Kara Güneş for allowing us to use the composition "Istanbul" in the intro music Images and bibliography courtesy of Paolo Girardelli Bibliography and images at http://www.ottomanhistorypodcast.com/2016/07/pera.html. . .