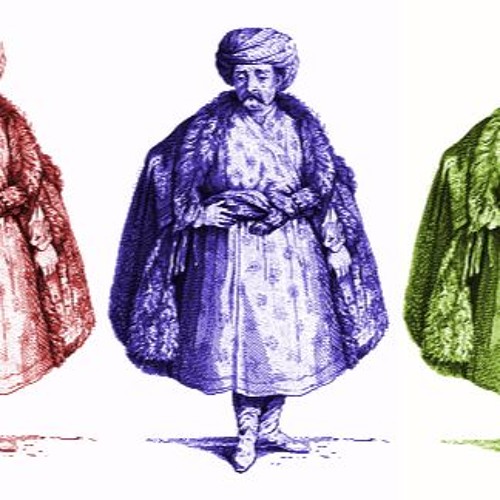 Bobovius and the Republic of Letters | Michael Tworek

E250 | A man known as Wojciech Bobowski to some, Albertus Bobovius to others, and Ali Ufki to yet others, is one of the prime examples of an early modern intermediary operating in the seventeenth-century Ottoman Empire. In this podcast, we discuss with Michael Tworek the fascinating figure of the Bobovius, from his childhood in the Polish-Lithuanian Commonwealth, to his capture in a Tatar slave raid, to his numerous translations both from and to Ottoman Turkish. These included musical treatises, the translation of the New Testament, the Genevan Psalter and more. In particular, we focus on how Bobovius mediated and developed his image as an inter-imperial mediator to his correspondents in the Republic of Letters. More at http://www.ottomanhistorypodcast.com/2016/07/bobovius-ali-ufki.html Michael T. Tworek is a Lecturer on History and Literature at Harvard University, where he earned his PhD in History in 2014. Michael’s areas of research include the Renaissance in central and eastern Europe, the reception of classical tradition, history of education and travel, and global early modern history. He has series of forthcoming articles on cross-cultural encounters of Polish travelers in China, Italy, Istanbul, and Dutch Brazil and is completing a monograph on the rebirth of cosmopolitanism through travel and learning in sixteenth-century Europe. Nir Shafir is a historian of the Middle East whose research examines the intersections of knowledge production, religious practice, and material culture in the early modern world (1400-1800). He curates Ottoman History Podcast’s series on history of science in addition to being one of the co-founders of hazine.info, a website that explores the archives and libraries of the Islamic world. He is currently Assistant Professor of History at the University of California, San Diego. Polina Ivanova is a Ph.D. Candidate at Harvard University and a 2016-18 Tyler Fellow at Dumbarton Oaks Research Library and Collection. Her interests include history of the medieval Mediterranean, Anatolia and Iran, as well as archaeology and material culture studies. Shireen Hamza is a doctoral student in the History of Science department at Harvard University. Her research focuses broadly on the history of science and medicine in the Islamicate Middle Ages, and more specifically on the history of women's health. CREDITS Episode No. 250 Release Date: 24 July 2016 Recording Location: Cambridge, MA Editing and production by Chris Gratien Special thanks to DÜNYA ensemble for use of "The Psalms of Ali Ufki" in this episode Bibliography courtesy of Michael Tworek available at http://www.ottomanhistorypodcast.com/2016/07/bobovius-ali-ufki.html. . .