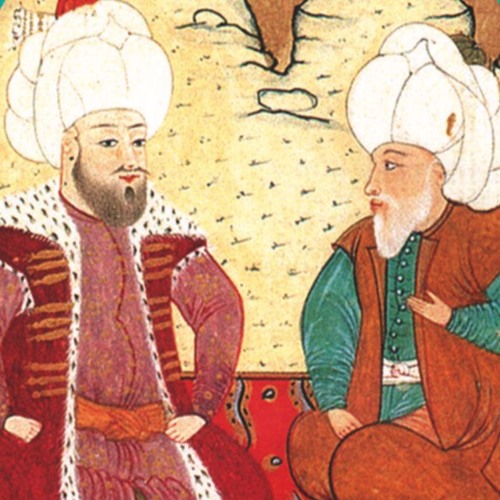 E251 | Commentaries are a common, even a nearly ineluctable, part of the textual landscape of the early modern Ottoman Empire. Especially when it came to philosophy, commentaries were perhaps the main venue of discussions. An earlier generation of scholars believed these commentaries to be derivative but we now see them as a major piece in the development of the philosophical tradition in the Middle East. In this podcast, we speak with L.W.C (Eric) van Lit about how to approach these commentaries and their effect on the intellectual life of the Ottoman Empire in the fifteenth and sixteenth century. More at http://www.ottomanhistorypodcast.com/2016/07/ghazali.html Eric van Lit works on the history of Islamic philosophy and theology, especially of the post-classical period. He wrote a dissertation on the notion of a world of image in Suhrawardī (d. 1191) and his commentators, at Utrecht University in the Netherlands. He is currently a postdoc at Yale University. You can find more information at www.digitalorientalist.com. Nir Shafir is a historian of the Middle East whose research examines the intersections of knowledge production, religious practice, and material culture in the early modern world (1400-1800). He curates Ottoman History Podcast’s series on history of science in addition to being one of the co-founders of hazine.info, a website that explores the archives and libraries of the Islamic world. He is currently an advanced doctoral candidate in the History Department at UCLA. Chris Gratien holds a Ph.D. from Georgetown University's Department of History. His research focuses on the social and environmental history of the Ottoman Empire and the modern Middle East. He is currently preparing a monograph about the environmental history of the Cilicia region from the 1850s until the 1950s. CREDITS Episode No. 251 Release Date: 27 July 2016 Recording Location: Yale University Editing and production by Chris Gratien Sound excerpts: Baglamamin Dugumu - Necmiye Ararat and Muzaffer; Harmandali - Recep Efendi, Cemal Efendi Special thanks to Muhtelif for allowing us to use "Bint El Shalabiya" in the intro music and Kara Güneş for allowing us to use the composition "Istanbul" in the outro music Bibliography courtesy of Eric van Lit available at http://www.ottomanhistorypodcast.com/2016/07/ghazali.html. . .