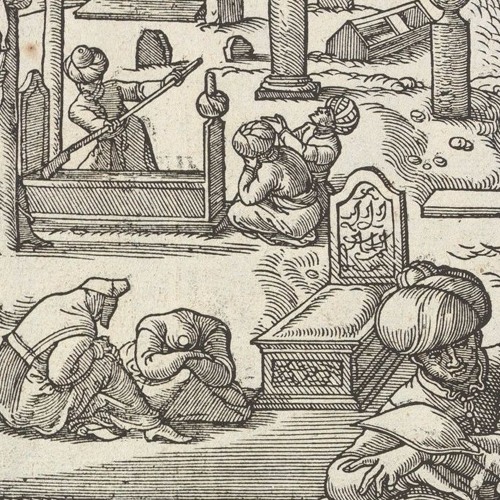 E252 | Geneticists and historians are generally considered strange bedfellows. However, new advances in bio-archaeology and genetics are facilitating this odd coupling. In this episode, we speak to Nükhet Varlık, author of Plague and Empire in the Early Modern Mediterranean World : the Ottoman experience, 1347-1600 (Cambridge University Press), about how genetic evidence has transformed the study of the Plague in the past ten years, allowing geneticists to more readily identify the presence of Yersinia pestis bacteria in a human remains. Whereas before historians had been hesitant to diagnose diseases posthumously, they can now speak with greater certainty about the presence of plague. We then discuss the life of plague in the early modern Ottoman Empire in particular, focusing on the creation of ‘plague capitals’ in the urban centers of the Ottoman Empire following the conquest of Constantinople and how integrating the Ottoman experience of plague changes the story of how historians of medicine approach the topic. To inspire future collaborations among our listeners, we end with a peek at the process of working with geneticists and what such approaches can contribute to the study of the history of the Middle East. More at http://www.ottomanhistorypodcast.com/2016/07/plague.html Nükhet Varlık is Associate Professor of History at Rutgers University–Newark. She is a historian of the Ottoman Empire interested in disease, medicine, and public health. Nir Shafir is a historian of the Middle East whose research examines the intersections of knowledge production, religious practice, and material culture in the early modern world (1400-1800). He curates Ottoman History Podcast’s series on history of science in addition to being one of the co-founders of hazine.info, a website that explores the archives and libraries of the Islamic world. He is currently an advanced doctoral candidate in the History Department at UCLA. CREDITS Episode No. 252 Release Date: 29 July 2016 Recording Location: Institute for Advanced Study, Princeton Editing and production by Chris Gratien Sound excerpts: Baglamamin Dugumu - Necmiye Ararat and Muzaffer; Katibim (Uskudar'a Gider iken) - Safiye Ayla; Egil Daglar Ustunden Asam - Viktoriya Hanim; Harmandali - Recep Efendi, Cemal Efendi Special thanks to Muhtelif for allowing us to use "Bint El Shalabiya" Images and bibliography courtesy of Nükhet Varlık avaiable at http://www.ottomanhistorypodcast.com/2016/07/plague.html. . .