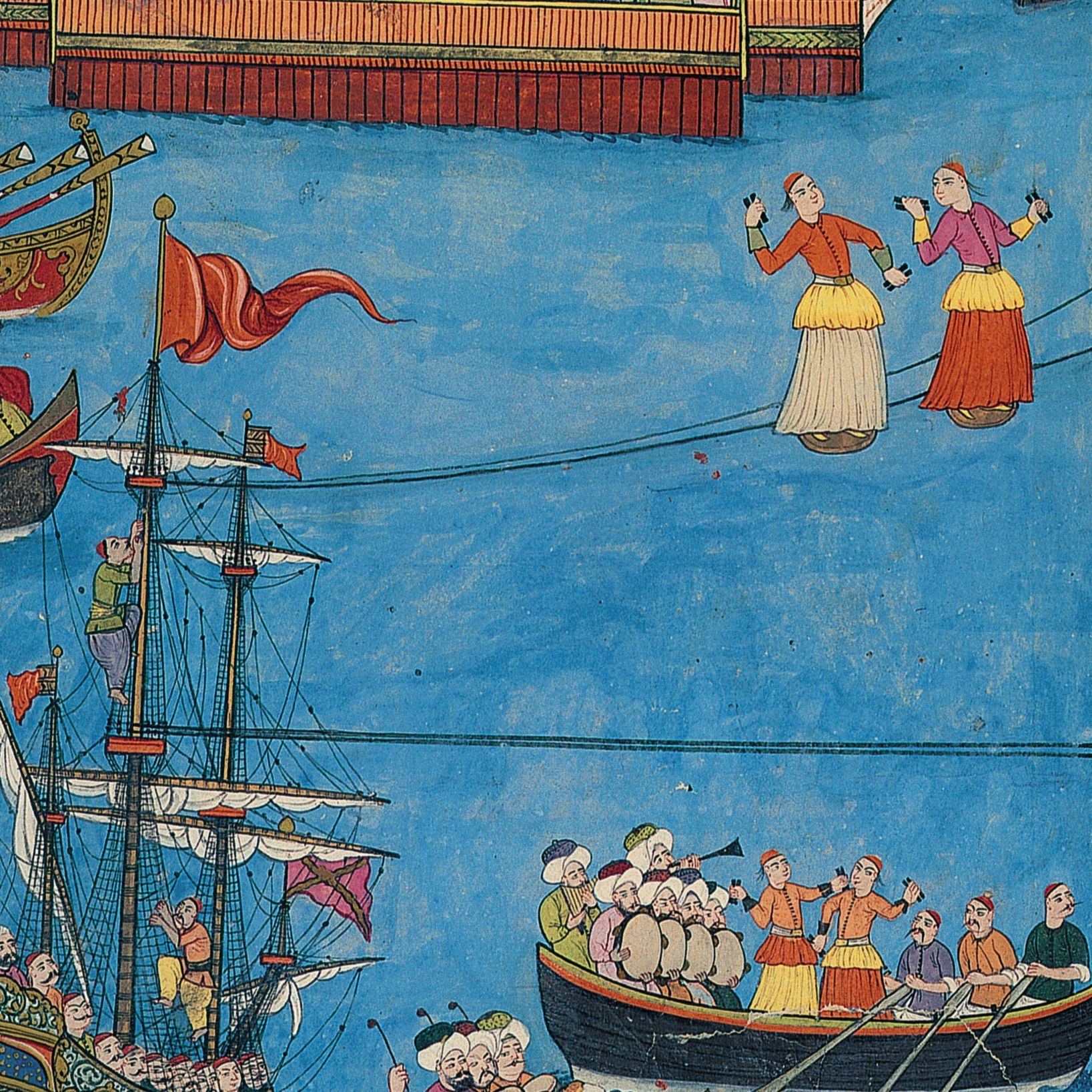 Festivals and the Waterfront in 18th Century Istanbul | Gwendolyn Collaço

E262 | The illustrated account of the festivals surrounding the circumcision of Sultan Ahmed III's sons in 1720 is one of the most iconic and celebrated depictions of urban life in Ottoman Istanbul. With its detailed text written by Vehbi, accompanied by the vibrant miniature paintings of Levni, this work has been used as a source for understanding the cast of professions and personalities that occupied the public space of the Ottoman capital. In this episode, we focus not on the colorful characters of Levni's paintings but rather the backdrop for the celebrations: the Golden Horn and the waterfront of 18th-century Istanbul. As our guest Gwendolyn Collaço explains, the accounts of festivals in early modern Istanbul reflect the transformation of the city and an orientation towards the waterfront not only in the Ottoman Empire but also neighboring states of the Mediterranean. More at http://www.ottomanhistorypodcast.com/2016/08/levni.html Gwendolyn Collaço is a Ph.D. candidate specializing in Ottoman painting and social history. Her dissertation analyzes costume albums produced by bazaar artists and their translations into European turquerie. Chris Gratien holds a Ph.D. from Georgetown University's Department of History. His research focuses on the social and environmental history of the Ottoman Empire and the modern Middle East. He is currently preparing a monograph about the environmental history of the Cilicia region from the 1850s until the 1950s. Nir Shafir is a historian of the Middle East whose research examines the intersections of knowledge production, religious practice, and material culture in the early modern world (1400-1800). He curates Ottoman History Podcast’s series on history of science in addition to being one of the co-founders of hazine.info, a website that explores the archives and libraries of the Islamic world. He is currently Assistant Professor of History at the University of California, San Diego. Huma Gupta is a Ph.D. student at the Aga Khan Program for Islamic Architecture (AKPIA) at Massachusetts Institute of Technology. Her dissertation research focuses on the structural relationships between urban planning, architecture, state formation and migration in modern Iraq. She is also interested in the sonic and visual past and continues to think of ways to integrate sensory histories into her research. CREDITS Episode No. 262 Release Date: 24 August 2016 Recording Location: Cambridge, MA Editing and production by Chris Gratien Sound excerpts: Katibim (Uskudar'a Gider iken) - Safiye Ayla; Istanbul'dan Ayva Gelir Nar Gelir - Azize Tozem and Sari Recep; Harmandali - Recep Efendi, Cemal Efendi Special thanks to Kerimov for allowing us to use Mario "Üsküdar'a Gider İken" https://soundcloud.com/onurkerimov/mario-uskudara-gider-iken in the intro music and to Kara Güneş for allowing us to use the composition "Istanbul" in the outro music Images and bibliography courtesy of Gwendolyn Collaço available at http://www.ottomanhistorypodcast.com/2016/08/levni.html. . .