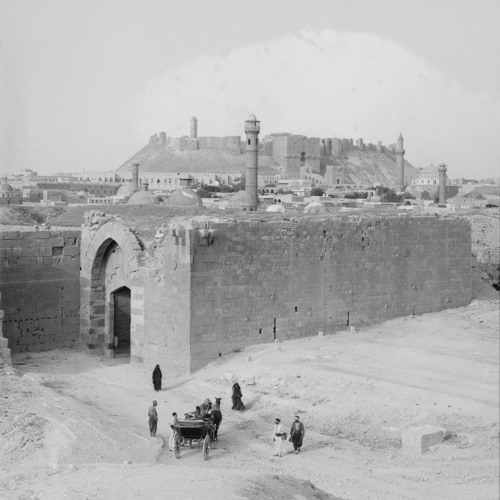 E266 | The changing of one's religion may be viewed today as a matter of personal spirituality or identity, but as the historiography of the Ottoman Empire and elsewhere increasingly shows, conversion was often a public act with political, socioeconomic, and gendered components. In this episode, Elyse Semerdjian returns to the podcast to discuss her research on conversion in early modern Aleppo and how women sometimes utilized the act of conversion (or non-conversion) and the legal structures of the Ottoman Empire to gain the upper hand in familial and economic matters. More at http://www.ottomanhistorypodcast.com/2016/09/conversion-islam-aleppo.html Elyse Semerdjian is the Director of Global Studies and Associate Professor of Middle East/Islamic World History at Whitman College. A specialist in early modern Ottoman history and Syria, she authored “Off the Straight Path”: Illicit Sex, Law, and Community in Ottoman Aleppo (Syracuse University Press, 2008) as well as several articles on gender, non-Muslims, and law in the Ottoman Empire. Chris Gratien holds a Ph.D. from Georgetown University's Department of History. His research focuses on the social and environmental history of the Ottoman Empire and the modern Middle East. He is currently preparing a monograph about the environmental history of the Cilicia region from the 1850s until the 1950s. CREDITS Episode No. 266 Release Date: 4 September 2016 Recording Location: Bebek, Istanbul Editing and production by Chris Gratien Sound excerpts: Baglamamin Dugumu - Necmiye Ararat and Muzaffer; Rizeli Sadik - Erkek Kadin Oyun Havasi; Istanbul'dan Ayva Gelir Nar Gelir - Azize Tozem and Sari Recep; Harmandali - Recep Efendi, Cemal Efendi Special thanks to Kara Güneş for allowing us to use the composition "Istanbul" in the intro music Bibliography courtesy of Elyse Semerdjian available at http://www.ottomanhistorypodcast.com/2016/09/conversion-islam-aleppo.html. . .