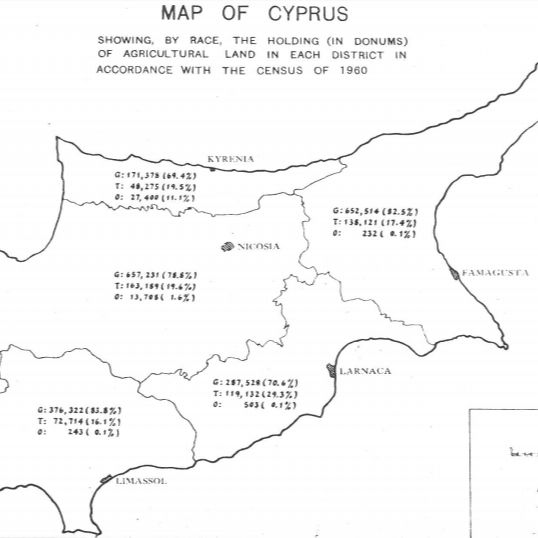 E274 | How does the structure of bureaucracies and state administrations influence the capacity for political and social change, and what are the legacies of empire for contemporary societies? In this episode, we take a comparative look at these questions by focusing on former regions of the British Empire that have been subject to different forms of political partition. Our guest Yael Berda is a sociologist who has examined the histories of British colonialism in Cyprus, Palestine, India, and beyond, and in our conversation, we focus in on the subject of population management and censuses in the Protectorate of Cyprus and Mandate Palestine. We discuss how the British administration inherited, adopted, and modified systems of governance and categorization of people from their Ottoman forebears, and we consider how ethnic, religious, and racial categories employed by the British Empire influenced eventual questions of citizenship and political partition. More at http://www.ottomanhistorypodcast.com/2016/10/population-cyprus-mandate-palestine.html Yael Berda is Assistant Professor in the Department of Sociology & Anthropology at the Hebrew University of Jerusalem and an Academy Scholar at the Harvard Academy for International and Area Studies (and a recovering constitutional lawyer ) She teaches and writes about bureaucracy, security and emergency practices and what these do to possibilities for democracy. Chris Gratien holds a Ph.D. from Georgetown University's Department of History. His research focuses on the social and environmental history of the Ottoman Empire and the modern Middle East. He is currently preparing a monograph about the environmental history of the Cilicia region from the 1850s until the 1950s. Shireen Hamza is a doctoral student in the History of Science department at Harvard University. Her research focuses broadly on the history of science and medicine in the Islamicate Middle Ages, and more specifically on the history of women's health. CREDITS Episode No. 274 Release Date: 22 October 2016 Recording Location: Harvard University Editing and production by Chris Gratien Sound excerpts: from archive.org - Istanbul'dan Ayva Gelir Nar Gelir - Azize Tozem and Sari Recep; Harmandali - Recep Efendi, Cemal Efendi; from freemusicarchive.com - Bumble Bee Bossa by Podington Bear Special thanks to Kara Güneş for allowing us to use the composition "Istanbul" in the outro music Images and bibliography courtesy of Yael Berda available at http://www.ottomanhistorypodcast.com/2016/10/population-cyprus-mandate-palestine.html. . .