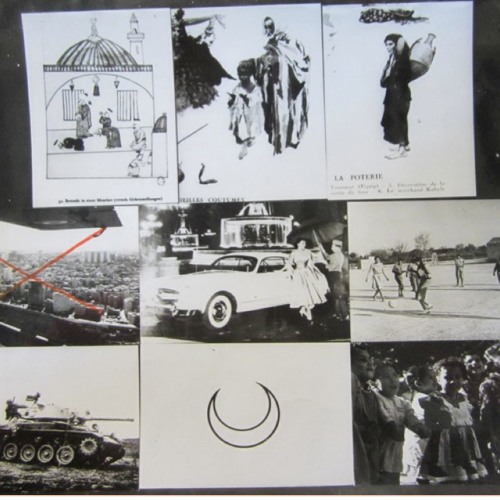 E278 | The French military struggle to maintain control over Algeria throughout the war period (1954-1962) is remembered for its violent and destructive impacts. But during the war, the French administration also sought to maintain control over Algeria by attempting to build the rural economy and deepening the structures of colonial rule in the countryside. In this episode, we talk to Muriam Haleh Davis about the Constantine Plan, a project of social and economic development carried out within the context of the Algerian War and the rise of Cold War developmentalism. In our conversion, we explore the understandings of race embedded in French development in Algeria and situate the context of the Algerian War within the broader history of decolonization, the rise of the social sciences, and the making of the European Community. More at http://www.ottomanhistorypodcast.com/2016/11/development-race-algeria.html Muriam Haleh Davis is Assistant Professor of History at the University of California, Santa Cruz. She is currently working on a manuscript that studies how the postwar reinvention of a market economy influenced prevailing ideas of race and national identity in Algeria. Chris Gratien holds a Ph.D. from Georgetown University's Department of History and is currently an Academy Scholar at the Harvard Academy for International and Area Studies. His research focuses on the social and environmental history of the Ottoman Empire and the modern Middle East. He is currently preparing a monograph about the environmental history of the Cilicia region from the 1850s until the 1950s. Aurelie Perrier holds a Ph.D. in Middle East and North African history from Georgetown University and is a member of the Centre de Recherches Historiques in Paris. Her research interests include the social history of the Middle East, the colonial Maghreb and gender and masculinity in the 19th-century Mediterranean. CREDITS Episode No. 278 Release Date: 3 November 2016 Recording Location: Paris, France Editing and production by Chris Gratien Sound excerpts: from Excavated Shellac- Lili Labassi - Mazal Haye Mazal; from archive.org - Baglamamin Dugumu - Necmiye Ararat and Muzaffer; Harmandali - Recep Efendi, Cemal Efendi; from freemusicarchive.org - Bumble Bee Bossa by Podington Bear Special thanks to Kara Güneş for allowing us to use the composition "Istanbul" in the outro music Images and bibliography courtesy of Muriam Haleh Davis available at http://www.ottomanhistorypodcast.com/2016/11/development-race-algeria.html. . .