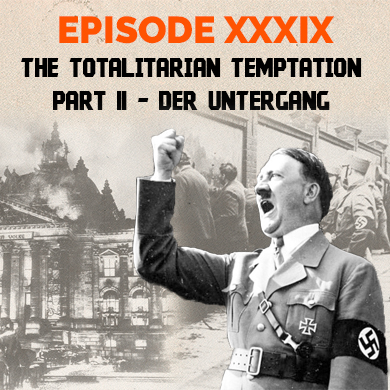 In November 2019 German Chancellor Angela Merkel gave a passionate speech to the German Bundestag. Merkel said “We have freedom of expression in this country…. But freedom of expression has its limits. Those limits begin where hatred is spread … where the dignity of other people is violated”. Merkel grew up under a stifling communist dictatorship and serves as chancellor of a country where vicious propaganda once helped paved the way for genocide. So few have stronger credentials when it comes to balancing the pros and cons of free speech. And Merkel´s words of warning are impossible to separate from Germany´s Nazi past following the democratic collapse of the Weimar republic. There can be no doubt that Merkel and the German commitment to “militant democracy” is motivated by a sincere belief, to paraphrase the political philosopher Karl Popper´s famous “paradox of tolerance,” that democracies must be intolerant towards the intolerant. . But there are also those who argue that criminalizing speech is a cure worse than the disease in democracies. To use a deliberately provocative term, laws against free speech might serve as “enabling acts” for authoritarian regimes to crush dissent once in power. George Orwell reached the opposite conclusion of Merkel. In the unpublished foreword to his famous novel Animal Farm, Orwell warned against the “widespread tendency to argue that one can only defend democracy by totalitarian methods”. Orwell cautioned “that if you encourage totalitarian methods, the time may come when they will be used against you instead of for you.” In this episode we will explore how Weimar Germany was deeply conflicted about the value of free speech. On the one hand, freedom of expression and the press were constitutionally protected. On the other hand, the constitution allowed censorship of cinema and “trash and filth” in literature. Weimar Germany enjoyed a vibrant public sphere with thousands of newspapers, daring art, great intellectuals and groundbreaking science, and yet, authorities used draconian laws and emergency decrees to curb newspapers and individuals seen as fanning the flames of political violence by anti-democratic groups on the right and left. This included one Adolf Hitler and his National Socialist Party. When the Nazis finally assumed power, they not only used terror and violence, but also turned the laws and principles supposed to protect the democratic order in to weapons against democracy, paving the way for totalitarianism, war, and genocide. In this episode we will explore: How Weimar Germany abolished censorship and created a vibrant public sphere; How democracy was challenged by violent extremists on the political right and left; How Adolf Hitler viewed press freedom and free expression as corrosive principles which allowed “Poison to enter the national bloodstream and infect public life”; How Hitler used his devastating talent for public speaking to whip the crowds in Bavarian beer halls into a frenzy of hatred and become leader of the NSDAP; How Weimar authorities failed to enforce bans against violent paramilitary groups on the right; How Hitler and anti-Semitic Nazi newspapers like Der Stürmer and Der Angriff used bans against public speaking and punishments for speech crimes to gain propaganda victories and attract attention; How laws and emergency decrees to defend the republic led to increasingly draconian measures against the press, including 284 temporary bans of newspapers in Prussia alone, in 1932; How Hitler used the constitution and existing laws to suspend the freedoms of speech, assembly, and association and terrorize political opponents through violence and mass detentions without trial in concentration camps; How Hitler turned Germany into a one-party state in less than six months; How news laws turned any form of dissent, including jokes and rumours, into serious speech crimes; How Joseph Goebbels and his Ministry of Propaganda and Enlightenment ensured the complete submission of the press, literature and art to the dictates of Nazi ideology; How some Germans continued to dissent including the theologian Dietrich Bonhoeffer; How the combination of ideological censorship and propaganda paved the way for the shocking brutality of the German war machine and ultimately for genocide. Why have kings, emperors, and governments killed and imprisoned people to shut them up? And why have countless people risked death and imprisonment to express their beliefs? Jacob Mchangama guides you through the history of free speech from the trial of Socrates to the Great Firewall. You can subscribe and listen to Clear and Present Danger on Apple Podcasts, Google Play, YouTube, TuneIn, and Stitcher, or download episodes directly from SoundCloud. Stay up to date with Clear and Present Danger on the show’s Facebook and Twitter pages, or visit the podcast’s website at freespeechhistory.com. Email us feedback at freespeechhistory@gmail.com.. . .