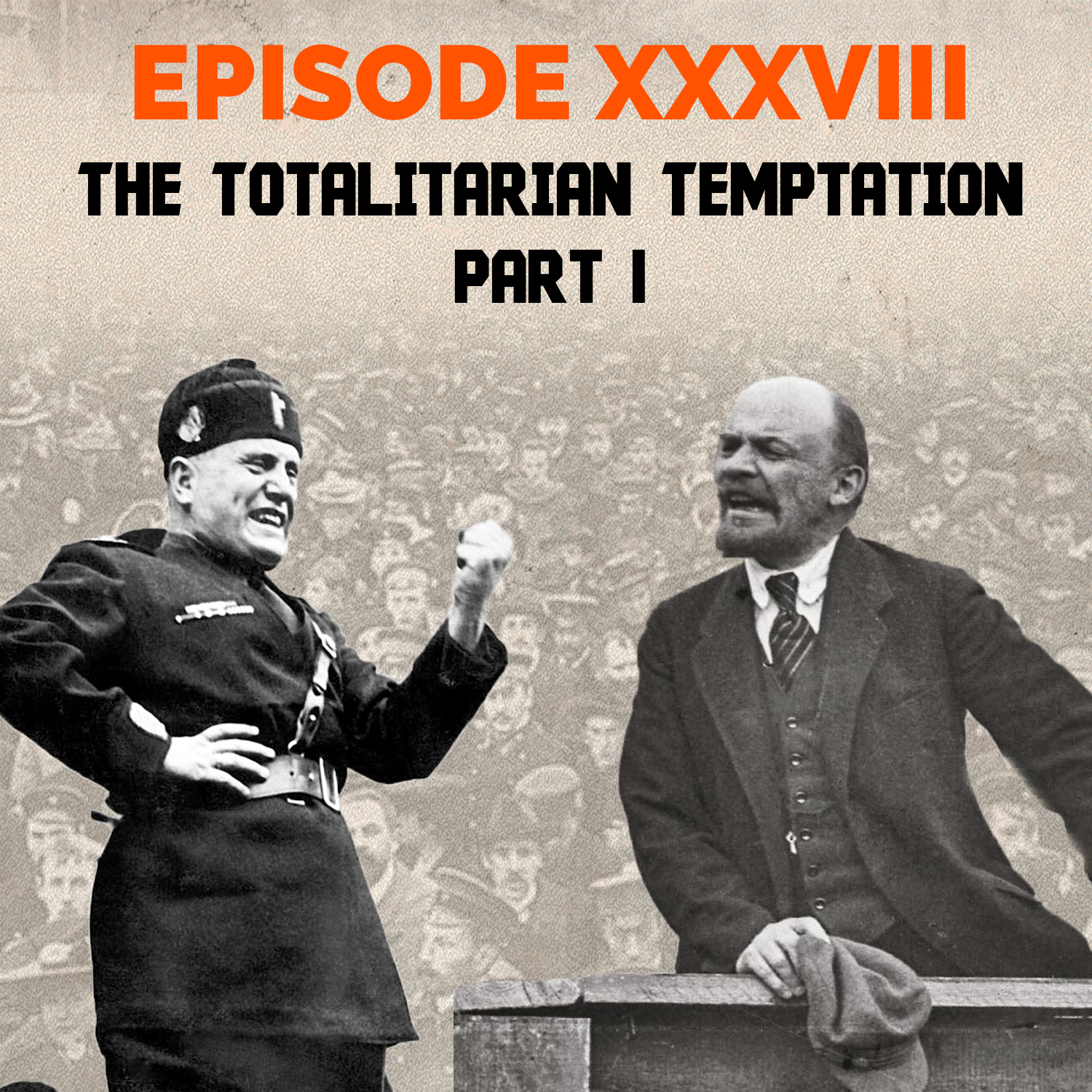 Episode 38 - The Totalitarian Temptation – Part I

In George Orwell’s 1946 work, “The Prevention of Literature,” he wrote: [O]rganised lying … is … integral to totalitarianism, [and] would … continue even if concentration camps and secret police forces had ceased to be necessary. … A totalitarian state is in effect a theocracy, and its ruling caste, in order to keep its position, has to be thought of as infallible. … Totalitarianism demands, in fact, the continuous alteration of the past, and in the long run probably demands a disbelief in the very existence of objective truth. As we shall see, the Orwellian diagnosis of totalitarianism was surgical in its precision. But despite the defeat of European communism, fascism, and Nazism, the dark and bloody past of totalitarianism still casts long shadows on European liberal democracies. On the one hand, freedom of expression is a foundational value ensuring the pluralism and autonomy that is anathema to totalitarianism. On the other hand many countries restrict free speech to safeguard against totalitarian propaganda aimed at undermining democracy. This raises the question: Should we be most afraid of totalitarian movements abusing free speech to abolish other freedoms and democracy, or of democracies abusing limits on free speech to silent dissent? In this first of a two-part episode on totalitarianism in Communist Russia, Fascist Italy, and Nazi Germany, we will focus on the rise of communism and Italian fascism and the effects of these ideologies on free expression. Hopefully this journey into the darkest of pasts will help shed light on how to grapple with one of democracy’s eternal and inevitable dilemmas: What should be the limits of free speech? In this episode we will explore: How Tsarist Russia was the last European great power to abolish preventive censorship; How the fall of the Tsarist regime led to a brief period of full press freedom; How, once in power, the very first legislative act of the Bolsheviks was to suppress the “bourgeois press” by closing down hundreds of publications and print shops; How Lenin and Trotsky defeated Bolshevik and socialist opponents who demanded an end to press censorship in revolutionary Russia; How Lenin combined suffocating censorship with terror against “class enemies”; How Stalin expanded Lenin’s repressive censorship machinery and radicalized the terror, killing millions of people; How Mussolini went from working as a socialist journalist to founding a fascist newspaper; How fascist violence and intimidation paved the way for Mussolini to assume power; How Mussolini combined censorship and propaganda to ensure ideological uniformity of the press; How fascist blackshirts and secret police kept political opponents cowed through surveillance, intimidation, and murder; and How a novel on interracial love infuriated Mussolini and caused book censorship to be severely expanded. Why have kings, emperors, and governments killed and imprisoned people to shut them up? And why have countless people risked death and imprisonment to express their beliefs? Jacob Mchangama guides you through the history of free speech from the trial of Socrates to the Great Firewall. You can subscribe and listen to Clear and Present Danger on Apple Podcasts, Google Play, YouTube, TuneIn, and Stitcher, or download episodes directly from SoundCloud. Stay up to date with Clear and Present Danger on the show’s Facebook and Twitter pages, or visit the podcast’s website at freespeechhistory.com. Email us feedback at freespeechhistory@gmail.com.. . .