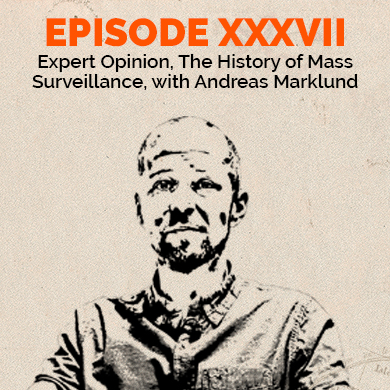 In 2013 the NSA contractor Edward Snowden sent shockwaves through the American government when he leaked information exposing a number of vast mass surveillance programs providing the US Government and allies access to global digital communication networks. The harvesting of data has been aided by the vast data collection by big Tech Companies like Google and Facebook whose business model relies on knowing more about their users then their users know about themselves. The combination of state and corporate mass surveillance of the digital sphere has obvious consequences for both freedom of expression and information. Private conversations are rarely ever truly private and the centralization of communication platforms allows both governments and corporations to censor and control the flow of information. This development has changed public perception of the digital age from one of unlimited freedom, promise and possibilities to cynicism, fear and paranoia. But the age of mass surveillance was not ushered in with the Internet. In fact just as today mass surveillance was dominated by the leading liberal democracy of its day, when Great Britain laid the foundation at the outbreak of World War I. And as in the 21. century the issues that drove the push for mass surveillance and censorship at scale was national security and fears of extremism, disinformation and propaganda. With me to discuss the history of mass surveillance and its consequences for freedom of expression and information is Andreas Marklund who is the head of research at the ENIGMA Museum of Communication, in Copenhagen. In this conversation we will explore: How Britain built a system of mass surveillance through controlling and tapping global communication cables during WWI How Britain´s interception of the so-called Zimmerman telegram changed the course of history How “fake news” and propaganda became a main concern and cause for censorship and manipulation of information by governments How news agencies like Reuters became involved in this communication war through the influence of the British Ministry of Information How telephone communications were systematically surveilled and censored in Scandinavia How mass surveillance and censorship justified by war became useful tools for more general surveillance How the development of radio caused panics among governments who could no longer control or access the flow of information across borders? How Nazi Germany exploited mass surveillance “to give the government…such far-reaching insight into the thoughts, feelings, and aspirations of the entire German people as had never been known in all history”. The similarities and differences between the mass surveillance systems built during WWI and those of today How mass surveillance differs in democracies and totalitarian states Whether mass surveillance is an inevitable part of modern life even in liberal democracies Why have kings, emperors, and governments killed and imprisoned people to shut them up? And why have countless people risked death and imprisonment to express their beliefs? Jacob Mchangama guides you through the history of free speech from the trial of Socrates to the Great Firewall. You can subscribe and listen to Clear and Present Danger on Apple Podcasts, Google Play, YouTube, TuneIn, and Stitcher, or download episodes directly from SoundCloud. Stay up to date with Clear and Present Danger on the show’s Facebook and Twitter pages, or visit the podcast’s website at freespeechhistory.com. Email us feedback at freespeechhistory@gmail.com.. . .