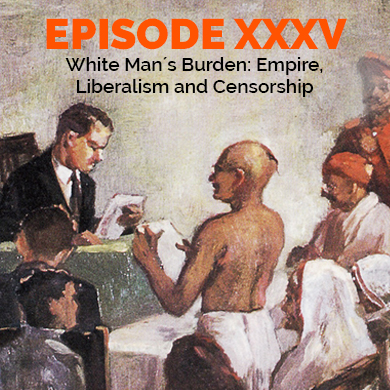 During the mass protests that have rocked Hong Kong since June 2019 pro-democracy protestors have waved Union Jack flags and been singing God Save the Queen. A clear rejection of the authoritarian political system of mainland China in favor of the political system inherited from the British colonial past based on the rule of law and political liberties including freedom of the press. The symbolic value of the pro-British sentiments of Hong Kong´s protestors would not be lost on Britain´s imperial masterminds and administrators. Many of whom thought that empire and liberalism went hand in hand. In a combination of genuine goodwill and blatant ethnocentrism, the British colonizers took on the burden of civilizing the world and ensuring that the sun would never set on press freedom. But the actual practice of British colonialism was very different from the idealized version dreamt up by English liberal imperialists and modern Hong Kong protestors. Colonial officials were more than willing to use censorship and repression when news and ideas were thought to threaten British interests in places like Hong Kong, India and Africa. The laws and practices that they used for those purposes not only stifled criticism of colonialism but also did so on the basis of crude racial and ethnic prejudices. This created a parallel system of censorship and repression that severely undermined the liberal credentials of Britain and included victims like Mahatma Gandhi and the Kenyan activist Harry Thuku. And as we shall see the British legacy of censorship and repression still shapes the climate for free speech in some former colonies. Much the same schizophrenia characterized France´s colonial empire supposedly built on its commitment to universal human rights stretching back to the Declaration of the Rights of Man. A commitment that became difficult to sustain when the colonized insisted that freedom and imperialism was incompatible. In this episode, we´ll see how British and French colonial authorities struggled to reconcile their commitment to liberalism with colonial empire and How the British crafted an Indian Penal Code that criminalized sedition, communal hate speech and blasphemy How prominent Indian nationalists like Bal Gangadhar Tilak and Mahatma Gandhi were convicted of sedition How Gandhi gave a stirring defense of the fundamental value of free speech when tried for sedition How Indians in East Africa collaborated with Africans in spreading anti-colonial dissent in Indian owned newspapers and publications, How African nationalists protesting racist policies and exploitation were exiled by the British How British West Africa developed a free and thriving press until British repression in the 1930s How the British introduced preventive censorship in Hong Kong during World War 1 How the British maintained a separate system of preventive censorship of Chinese language newspapers in Hong Kong even after the war, How the British adopted special censorship guidelines for cinema based on crude racial and ethnic considerations How Chinese language newspapers mounted a principled defense of press freedom in Hong Kong, How the French in Indochina (Vietnam) went from tolerance to active repression of local newspapers, How African activists were exiled to the “Dry Guillotine” of the Mauritanian desert when protesting French rule Why have kings, emperors, and governments killed and imprisoned people to shut them up? And why have countless people risked death and imprisonment to express their beliefs? Jacob Mchangama guides you through the history of free speech from the trial of Socrates to the Great Firewall. You can subscribe and listen to Clear and Present Danger on Apple Podcasts, Google Play, YouTube, TuneIn, and Stitcher, or download episodes directly from SoundCloud. Stay up to date with Clear and Present Danger on the show’s Facebook and Twitter pages, or visit the podcast’s website at freespeechhistory.com. Email us feedback at freespeechhistory@gmail.com.. . .