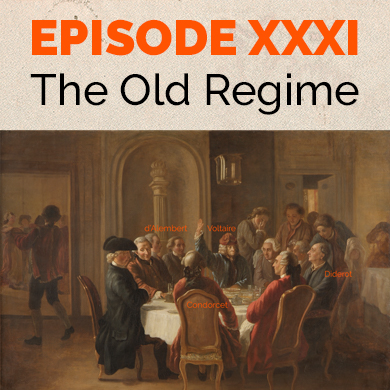 In Nov. 2018, French President Emanuel Macron declared war on “offensive and hateful content” on the internet. Subsequently, France adopted strict laws against both online hate speech and fake news, which is thought to threaten France’s liberal democratic values. But this is not the first time in history that France has sought to combat supposedly “dangerous content” spread by clandestine networks intent on undermining essential values and moeurs. When Paris became the capital of the High-Enlightenment around the mid-eighteenth century, the Old Regime monarchy created a Maginot Line of overlapping pre- and post-publication censorship. This system was intended to ensure that good books were encouraged and privileged while bad books that attacked the monarchy and Catholic orthodoxy or morals were kept out of circulation or suppressed. Just as French regulators today may struggle to distinguish between hate and political speech, it was not easy to draw the line between useful new ideas and subversive philosophy in a society in flux. As Enlightenment ideas took hold and literacy increased, a public sphere emerged from under the shadow of royal absolutism and strict religious orthodoxy. In this sphere, Enlightenment philosophers like Voltaire and Diderot fought to expand the limits of tolerance and free speech, while counter-enlightenment anti-philosophers tried to stem the rising tide of what they saw as godless sedition. Each faction tried to exert decisive influence over the institutions of the Old Regime and land the decisive blow in the battle over the public sphere shaping French mores. The stakes were high and the outcome uncertain. But perhaps the events of pre-revolutionary France may help explain why even today the democratically elected president of France has taken the lead in fighting the nebulous concept of “offensive and hateful content.” In this episode, we will explore: How salons, cafés, and an increase in literacy and print created a new public sphere The ins and outs of pre-and post-publication censorship in the Old Regime How censorship and book monopolies created a booming black market, flooding France with philosophy and pornography How a culture of honor limited free expression How royal censors both furthered and frustrated the efforts of Enlightenment authors How a group of radical Enlightenment philosophers challenged religious and moral authorities from the Salon of Baron D’Holbach and through the pages of the Encyclopédie — a bold and subversive attempt to compile all the knowledge in the world How France’s chief censor saved the Encylopédie from destruction and ensured its eventual triumph How a 19-year-old teenager became the last person to be executed for blasphemy in France How French philosophers including Diderot, Rousseau, and Voltaire failed to formulate a coherent and robust free speech doctrine Why have kings, emperors, and governments killed and imprisoned people to shut them up? And why have countless people risked death and imprisonment to express their beliefs? Jacob Mchangama guides you through the history of free speech from the trial of Socrates to the Great Firewall. You can subscribe and listen to Clear and Present Danger on Apple Podcasts, Google Play, YouTube, TuneIn, and Stitcher, or download episodes directly from SoundCloud. Stay up to date with Clear and Present Danger on the show’s Facebook and Twitter pages, or visit the podcast’s website at freespeechhistory.com. Email us feedback at freespeechhistory@gmail.com.. . .