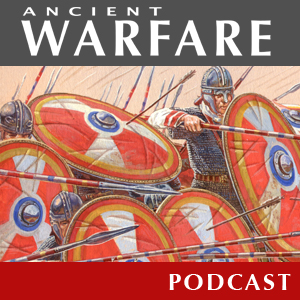 Greek warfare in the Archaic age

Jasper and the team are joined by Josho Brouwers to discus warfare in archaic Greece. After Michael's summary of the period we go on to look at the phalanx, how it might function, the equipment the men carried, the suitability of the geography for this type of fighting and what that meant for the numbers of men deployed in the field. Also touched upon is why the cities fought one another, was it just drunken Greeks tooled up and spoiling for a fight to assert their manliness? Dur:48min. . .